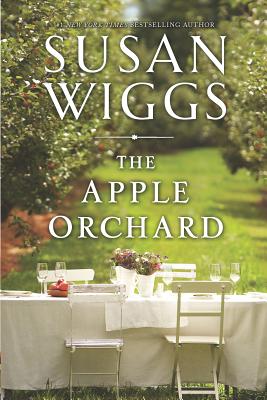 A NEW ORIGINAL HALLMARK MOVIE: THE SECRETS OF BELLA VISTA

"A powerful story of love, loss, hope and redemption."--

Tess Delaney makes a living restoring stolen treasures to their owners. People like Annelise Winther, who has just been reunited with her mother's long gone necklace, worth a sum that could change her life. To Annelise, whose family was torn apart during WWII, the necklace represents her history, and the value is in its memories.

But Tess's own history is filled with gaps: a father she never met, a mother who spent more time traveling than with her daughter. Then the enigmatic Dominic Rossi arrives on her San Francisco doorstep with the news that the grandfather she never knew is in a coma and that she's destined to inherit half of his apple orchard estate called Bella Vista. The rest is willed to Isabel Johansen, the half-sister she didn't know she had.

With Dominic and Isabel by her side, Tess discovers world where family comes first and the roots of history run deep. A place where falling in love is not only possible, but inevitable. And in a season filled with new experiences, Tess begins to see the truth in something Annelise once told her: if you don't believe memories are worth more than money, then perhaps you've not made the right kind of memories.

Wiggs deftly weaves a narrative that takes the reader from present day California to Denmark during WWII to tell a story of family ties both old and new--and the moments that connect our hearts.

Book One: The Apple Orchard

Praise For The Apple Orchard…

"The most storied of fruits is done incredible justice here...Susan Wiggs's novel, The Apple Orchard, is sweet, crisp and juicy." – Elin Hilderbrand, author of Beautiful Day

"This brilliant and epic family drama...fills the senses...courtesy of Wiggs' amazing narrative and supreme skill as a writer." -RT Book Reviews, Top Pick!

"Wiggs, who is known for

her insightful, emotion-filled women's fiction, has again written a tale with universal appeal. The background story of the Danish resistance as well as recipes from that part of the world are a nice touch, and add depth and atmosphere to Tess' story." -Booklist, on The Apple Orchard

"This is classic Wiggs, with its emphasis on the strength of family and friends, and a landscape integral to the plot."

–Publishers Weekly on The Apple Orchard

"Wiggs is one of our best observers of stories of the heart. She knows how to capture emotion on virtually every page of every book."

"Rich with life lessons, nod-along moments and characters with whom readers can easily relate. Delightful and wise, Wiggs's latest shines."

"With the ease of a master, Wiggs introduces complicated, flesh-and-blood characters into her idyllic but identifiable small-town setting...."

"Wiggs explores many aspects of grief, from guilt to anger to regret, imbuing her book with the classic would've/could've/should've emotions...another excellent title to her already-outstanding body of work."

"Susan Wiggs paints the details of human relationships with the finesse of a master."

Susan Wiggs is the author of many beloved bestsellers, including the popular Lakeshore Chronicles series. She has won many awards for her work, including a RITA from Romance Writers of America. Visit her website at www.SusanWiggs.com.
Loading...
or
Not Currently Available for Direct Purchase