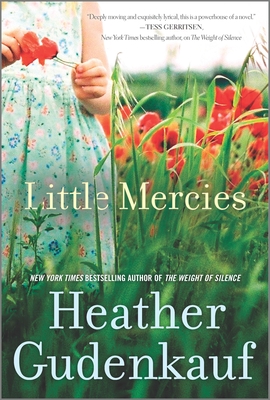 And don't miss Heather's latest book, AN OVERNIGHT GUEST You'll be chilled and riveted from start to finish with this story of an unexpected visitor and a deadly snowstorm

Check out these other riveting novels of suspense by bestselling author Heather Gudenkauf:

Like many parents, Ellen struggles to balance her personal and professional lives. Discuss how you face maintaining that precarious balance between home and work.

Ellen’s former client Jade steps in to save Avery’s life and Ellen finds herself being seen as an unfit mother. Talk about this reversal of roles. How do you think this changed Ellen’s view of the parents she works with and how they think of Ellen? Does this change your opinion of parents who might have experience in the child welfare system?

Ellen’s distractions have catastrophic effects on her daughter’s health, her family, and her professional life as a social worker. Talk about a time when you may have had a close call in your life. How did you feel? How did the experience change you?

Ellen is charged with a felony and potentially faces a prison sentence. Do you think she should have to serve time behind bars? Why or why not?

What scenes or developments in the novel affected you most?

Adam quickly forgives Ellen for leaving Avery in the hot car. How would you react in a similar situation? Does Ellen deserve forgiveness? Do you think she will be able to forgive herself?

Maudene places herself in a precarious situation by taking a wayward Jenny into her home. Discuss the possible implications of this decision. What would you have done if faced with a similar situation?

How do Ellen and Jenny change over the course of the novel? Which character changes the most, which the least?

How did your opinion of Jenny’s mother change over the course of the novel?

In Jenny’s young life she has already faced so many obstacles: poverty, abuse, struggles with school, a runaway mother and an unpredictable father. What do you think will become of Jenny?

What does the title Little Mercies mean to you?