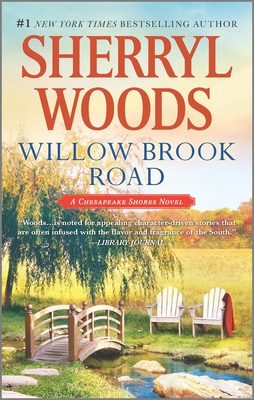 Spirited, spontaneous Carrie Winters has grown up under the watchful eyes of not only her grandfather Mick O'Brien, but the entire town of Chesapeake Shores.

Now that she's home from Europe, a glamorous fashion career behind her and her heart broken, there seem to be far too many people watching to see if she'll live up to the expectations her family has for her.

As if that weren't enough pressure, Carrie finds herself drawn to sexy, grief-stricken Sam Winslow, who is yearning for someone to help him raise the nephew who's unexpectedly come into his life after a tragedy.

With her own life in turmoil, is Carrie really ready to take on a new career and a new man? Or is Sam exactly what she needs to create the strong, loving family she's always wanted?

Look for The Sweet Magnolias, another great series from Sherryl Woods and a Netflix Original Series