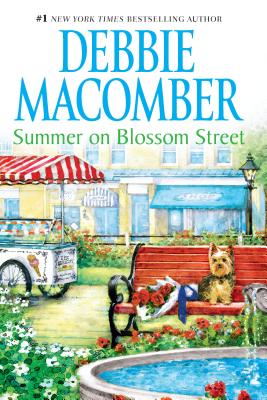 Knitting and life. They're both about beginnings--and endings. That's why it makes sense for Lydia Goetz, owner of A Good Yarn on Seattle's Blossom Street, to offer a class called Knit to Quit. It's for people who want to quit something--or someone --and start a new phase of their lives. First to join is Phoebe Rylander. She recently ended her engagement to a man who doesn't know the meaning of faithful, and she's trying to get over him. Then there's Alix Turner. She and her husband, Jordan, want a baby, which means she has to quit smoking. And Bryan Hutchinson joins the class because he needs a way to deal with the stress of running his family's business--not to mention the lawsuit brought against him by an unscrupulous lawyer. Life can be as complicated as a knitting pattern. Just ask Anne Marie Roche. She and her adopted daughter, Ellen, finally have the happiness they wished for. And then a stranger comes to her bookstore asking questions. Or ask Lydia herself. Not only is she coping with her increasingly frail mother, but she and Brad have unexpectedly become foster parents to an angry, defiant twelve-year-old. But as Lydia already knows, when life gets difficult and your stitches are snarled, your friends can always help