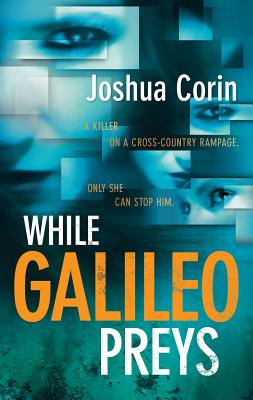 If there were a God, he would have stopped me.

That's the message discovered atop an elementary school in downtown Atlanta. Across the street are the bodies of fourteen innocent men and women, each quickly and cleanly murdered. The sniper Galileo is on the loose. He can end a human life from hundreds of yards away. And he is just getting started.

Where others see puzzles, Esme Stuart sees patterns, and these outside-the-box inductive skills made her one of the FBI's top field operatives. But she turned her back on all that eight years ago to start a family and live a normal life. She now has a husband and a daughter and a Long Island home to call her own, far removed from the bloody streets of Atlanta.

But Galileo's murders escalate and her beleaguered old boss needs the help of his former prot g e. But how can she turn her back on her well-earned quiet life? How would she ever be able to justify such a choice to her husband? To her daughter?

And what will happen when Galileo turns his scope on them?

Joshua Corin holds an M.A. in English and an M.A. in theatre from Binghamton University. His first novel, Nuclear Winter Wonderland, was named one of the top ten debut crime novels of 2008. He currently teaches college in Atlanta, Georgia.
Loading...
or support indie stores by buying on
(This book is on backorder)