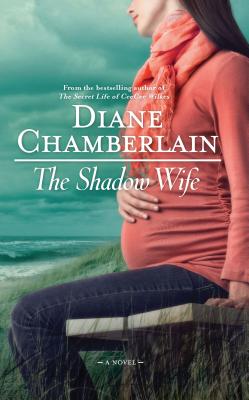 Get swept up in an emotional tale of regret and rebirth by New York Times bestselling author Diane Chamberlain.

Joelle D'Angelo's best friend, Mara, is left with brain damage after she suffers an aneurysm giving birth to her son. Alone and grieving, Joelle turns to the only other person who understands her pain: her colleague--and Mara's husband--Liam. What starts out as comfort between friends gradually becomes something more...something undeniable.

Torn by guilt and the impossibility of her feelings for Liam, Joelle sets out determined to find help for Mara, no matter how unconventional the source. Her search leads her to a remote mansion in Monterey, California, and into the life of a woman shrouded in mystery. Carlynn Kling Shire is a healer who, according to Joelle's parents, saved Joelle's life when she was an infant. As Joelle is guided down an unfamiliar path by a woman keeping her own shocking secrets, she discovers that while some love is doomed, some love is destined to survive.

The author of more than 50 original novels, in twenty languages, Tara Taylor Quinn is a USA Today bestseller with more than six million copies sold. Known for delivering deeply emotional and psychologically compelling novels, Ms. Quinn won the 2008 Reader\u2019s Choice Award, is a four time finalist for the RWA Rita Award, a finalist for the Reviewer\u2019s Choice Award, the Bookseller\u2019s Best Award, and has appeared often on local and national TV including CBS Sunday Morning.
Loading...
or
Not Currently Available for Direct Purchase