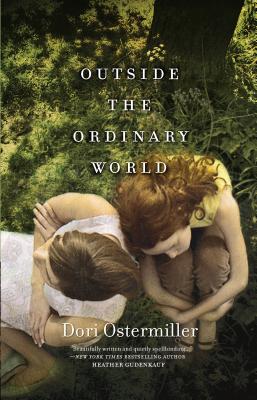 Outside the Ordinary World

Sylvia Sandon always swore she wouldn't become her mother. But one August morning she finds herself walking the same path as the fervently religious yet faithless Elaine...into an affair she feels powerless to resist. Against the backdrop of California brush fires in the 1970s, twelve-year-old Sylvia had agreed to hold a secret that would devour her family's dream of happiness. Now struggling to create a better life in small-town New England, Sylvia nonetheless feels caught in the coils of history: she confronts the embers of her dying marriage, the all-consuming needs of her two daughters and her faltering artistic career. Then Tai Rosen--the father of a student--ignites an unexpected passion and a familiar betrayal that could illuminate the past, even as it jeopardizes everything dear. Outside the Ordinary World reveals what lies beneath the surface of infidelity. But at its heart, it is the story of the powerful, sometimes disturbing bond between mothers and daughters, and the shimmering line between self-revelation and self-destruction....

Dori Ostermiller grew up in California and now lives in Northampton, MA with her husband and daughters. Her work has appeared in many journals, including The Bellingham Review, Alligator Juniper, the MA Review and Chautauqua Literary Journal. She earned her MFA from the University of Massachusetts, and is the recipient of a Massachusetts Cultural Council Artist s Grant. Ms. Ostermiller is the founder of Writers in Progress, a local literary arts center. Fire Weather is her first novel."
Loading...
or
Not Currently Available for Direct Purchase