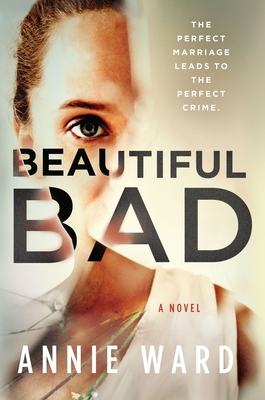 “In her dark and atmospheric thriller, Ward has created characters that seep under your skin and take you on a suspense-filled, unforgettable ride. We follow Ian and Maddie from their first meeting in the war-torn Balkans to New York City and end up in suburban Kansas, witnessing their story unfold, twisting and turning along the way, until it ultimately implodes. What really happened and who can you believe?”
— Maxwell Gregory, Lake Forest Book Store, Lake Forest, IL
View the List

"Filled with unexpected twists, Beautiful Bad is a riveting read." --Sarah Pekkanen, #1 New York Times bestselling author of An Anonymous Girl "The ending will leave you staggered." --Liv Constantine, bestselling author of The Last Mrs. Parrish
In the tradition of
Gone Girl and The Girl on the Train comes a riveting psychological thriller about a devoted wife, a loving husband, and a chilling crime that will stun even the cleverest readers. It seemed like such a beautiful marriage... Maddie and Ian's love story began at a party overseas, while she was visiting her best friend, Jo. Now, almost two decades later, they are married with a beautiful son and living the perfect American life. But when a camping accident leaves Maddie badly scarred, she begins attending writing therapy, where she gradually reveals her fears about Ian, her concerns for her safety, and the couple's tangled and tumultuous past with Jo. From the electric streets of the Balkans to a quiet suburb in Kansas, sixteen years of love and fear, adventure and suspicion, culminate in the Day of the Killing, when a frantic 911 call summons the police to the scene of a shocking crime. Twisty and utterly original, Beautiful Bad shows that appearances are deceptive and even the most seemingly perfect couples have something to hide.