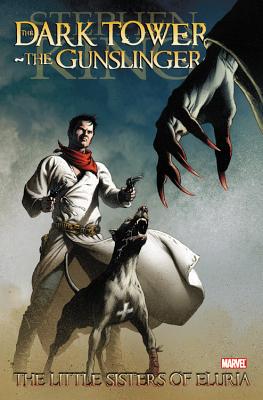 The Gunslinger - The Little Sister of Eluria

Near death from an attack by Slow Mutants, Roland Deschain is taken in by a group of Sisters who specialize in anything but the healing arts. These hideous, corpse-like creatures known as the Little Sisters of Eluria have murder on their twisted minds. And in his current, wounded condition, there's almost nothing the last gunslinger can do to prevent their tender mercies from taking hold. It's the beginning of a new DarkTower story arc featuring the fine pencils of Luke Ross, whose work on this story will astound you!