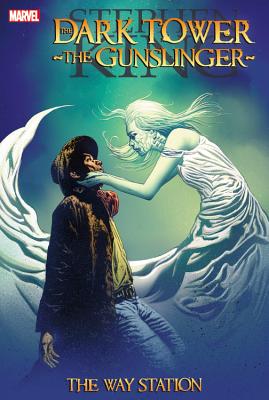 The Gunslinger - The Way Station

When last we saw the gunslinger Roland, he was following the Man in Black's path to find the Dark Tower and set Mid-World right. Along the trail, Roland came to Tull, a sleepy little town in the middle of the desert where the Man in Black's sinister power had taken hold. Barely escaping with his life and leaving a pile of bodies in his wake, Roland arrived at the Way Station, where he meets Jake Chambers. Who is this sophisticated boy, and what is his connection to the world outside Mid-World? And is the Man in Black's flight across the desert just an illusion? Prepare for a tale of fantasy, horror, revenge and betrayal - a tale that could only come from the mind of master storyteller Stephen King.COLLECTING: Dark Tower : The Gunslinger - The Way Station 1-5