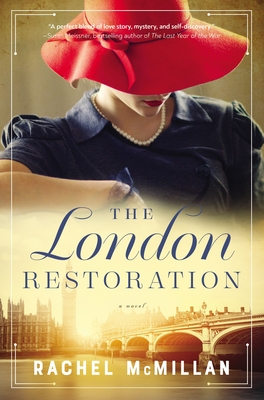 The secrets that might save a nation could shatter a marriage.

Madly in love, Diana Foyle and Brent Somerville married in London as the bombs of World War II dropped on their beloved city. Without time for a honeymoon, the couple spent the next four years apart. Diana, an architectural historian, took a top-secret intelligence post at Bletchley Park. Brent, a professor of theology at King's College, believed his wife was working for the Foreign Office as a translator when he was injured in an attack on the European front.

Now that the war is over, the Somervilles' long-anticipated reunion is strained by everything they cannot speak of. Diana's extensive knowledge of London's churches could help bring down a Russian agent named Eternity. She's eager to help MI6 thwart Communist efforts to start a new war, but because of the Official Secrets Act, Diana can't tell Brent the truth about her work.

Determined to save their marriage and rebuild the city they call home, Diana and Brent's love is put to the ultimate test as they navigate the rubble of war and the ruins of broken trust.