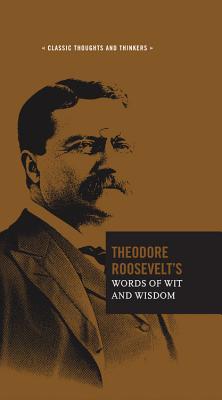 "There has never yet been a man in our history who led a life of ease whose name is worth remembering."

The 26th President of the United States of America had quite the reputation.  Born with asthma and a sickly child in his youth, Theodore Roosevelt epitomizes the American dream by overcoming his ailments and seeking the fullest life he could lead.  As an adult, Roosevelt was an avid naturalist, well-read author, brave soldier, and a plucky explorer even in old age.  Affable yet gruff and wise, he led the country into the progressive era and championed public policy causes for the lower and middle classes.

Many feathers lie in Teddy Roosevelt’s cap.  At the time, he was the youngest United States president.  He won the Nobel Peace Prize at the close of the Russo-Japanese War.  Despite the fact that his campaign ran on the slogan "Speak softly and carry a big stick," Roosevelt was opinionated and dedicated to seeing his ideas evolve into actions.  Our national parks owe thanks to Roosevelt, who was an advocate for the outdoors.  It seems fitting that his face is always looking out across the horizon in Mount Rushmore with national heroes and US Presidents George Washington, Thomas Jefferson, and Abraham Lincoln.  The Panama Canal and our modern American navy owe their thanks to Roosevelt as well.

With a deep well of biographical experience to draw on, these strenuous epigraphs offer some of the most striking truths, pieces of wisdom, quips, and quotes from the big game hunter, war hero, trust buster himself- Theodore Roosevelt.