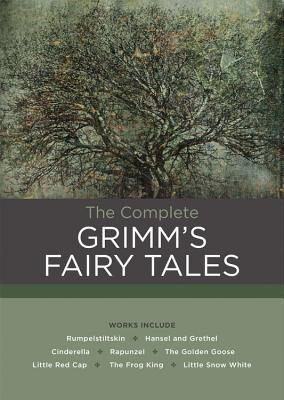 A stunning gift edition boasting the complete collection of Grimm's Fairy Tales including 211 stories as well as a selection of black & white reproductions by the famous illustrator, Arthur Rackham.

Originally titled Children's and Household Tales, The Complete Grimm's Fairy Tales contains the essential bedtime stories for children worldwide for the better part of two centuries. The Brothers Grimm, Jacob and Wilhelm, were German linguists and cultural researchers who gathered legendary folklore and aimed to collect the stories exactly as they heard them. Featuring all your favorite classics, including:

Essential volumes for the shelves of every classic literature lover, the Chartwell Classics series includes beautifully presented collections from some of the most important authors in literary history. Offering the most complete compilation of each set of works, Chartwell Classics are the editions of choice for the most discerning literature buffs.

The Brothers Grimm, Jacob (1785-1863) and Wilhelm (1786-1859), who today are among the most popular and best-known storytellers of folk tales, were German linguists and cultural researchers who gathered and published their influential collections of legendary folklore during the 19th century.