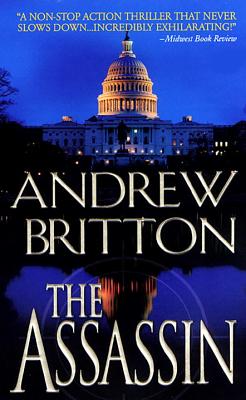 The Assassin (A Ryan Kealey Thriller #2)

A weapon of catastrophic destruction. A nation on the brink of unspeakable disaster. And the ultimate enemy lies closer to home than anyone realizes.

Only maverick CIA agent Ryan Kealey sees the threat for what it really is--but Washington refused to listen. With the lives of millions at stake, Kealey has only one option: to take matters into his own hands. And the clock is ticking. . .

Supercharged and fiercely intelligent, The Assassin is an action-packed international thriller where no one can be trusted--and the final aftershocks are felt until the very last page.

Praise For Andrew Britton's
The American

"Brilliantly well-written with plotting sharper than a fence full of razor wire, a sizzling page-turner. . .even Washington insiders will be reading this thriller not once, but twice!" --Brad Thor, USA Today bestselling author of Blowback and Takedown

"A terrifying and gripping journey into the mind of a terrorist." --Stephen Frey, New York Times bestselling author of The Chairman