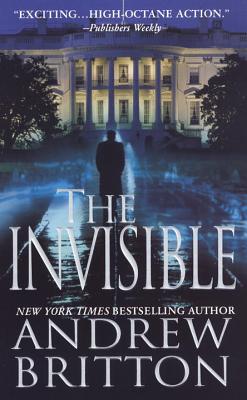 The Invisible (A Ryan Kealey Thriller #3)

Tensions between Pakistan and India are at an all-time high. To complicate matters, twelve American climbers have disappeared in Pakistan's Hindu Kush range. As the conflict escalates, the U.S. Secretary of State's motorcade is ambushed on the outskirts of Islamabad. When her back-up team arrives, they discover a disastrous scene: dozens are dead, including seven diplomatic security agents, and the secretary of state has vanished without a trace.

In the wake of the unprecedented attack, CIA agent Ryan Kealey's operation goes into high gear. Naomi Kharmai, the British-born analyst who has taken on a daring new role with the Agency, is on his team again. But Kharmai is becoming increasingly unpredictable, and as they work their way toward the target, it becomes clear to Kealey that anyone is fair game--and no one can be trusted.

Thundering to a stark and chilling climax, The Invisible raises the stakes on every page. A crackingly intelligent thriller, it is filled with shocking betrayal and, ultimately, revenge.

Praise for Andrew Britton and his novels. . .

"In this age of terrorism, [Britton's] plots seem to jump straight out of the headlines." --St. Louis Post Dispatch