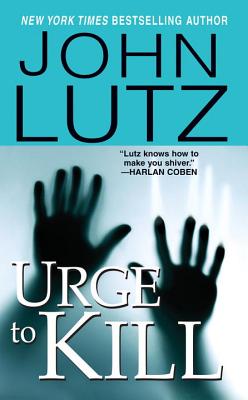 For A Killer, Once Is Never Enough

Homicide detective Frank Quinn can't stay retired when a new breed of murdering madman is on the prowl. In a city terrorized by bloody brutality, Quinn and his team hunt a psychopath who lures beautiful women into a night of unbridled passion, then wakes them to a vicious, drawn-out death. Stumbling over a trail of horribly defiled bodies, Quinn can't seem to catch up to the killer--because the killer is about to catch up to him. . .


"Gritty. . .Surprising. . .. Enthralling."--Publishers Weekly on In For the Kill

"Lutz knows how to make you shiver."
--Harlan Coben

A multiple Edgar and Shamus Award winner—including the Shamus Lifetime Achievement Award—John Lutz is the author of over forty books. His novel SWF Seeks Same was made into the hit movie Single White Female, and The Ex was a critically acclaimed HBO feature. He lives in St. Louis, Missouri, and Sarasota, Florida. Visit him online at www.johnlutzonline.com.
Loading...
or
Not Currently Available for Direct Purchase