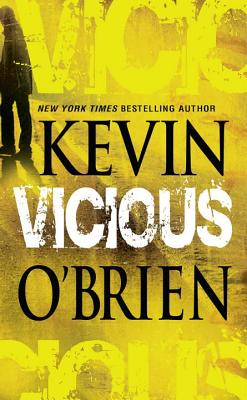 No Motive
For more than two years, he held Seattle in a terror grip. A cold-blooded killer who abducted young mothers right in front of their sons and murdered them execution style. Then, as suddenly as the killings began, they seemed to stop.
No Mercy
Susan Blanchette is looking forward to a relaxing weekend getaway with her fiance, Allen, and young son, Matthew. But something about the remote lake house doesn't feel right. A woman vanished from the area a year ago, and now Susan thinks she's spotted someone lurking around the property. And when Allen disappears, her fear grows. . .

No Escape
A psychopath has returned, ready to strike again. Someone who can't resist the urge to kill, who derives pleasure from others' pain, and who is drawing nearer to Susan as each minute of the weekend ticks by. But she's just one pawn at the heart of a killer's deadly game. A killer who is unrelenting, unstoppable, and absolutely vicious. . .
Praise for the Novels of Kevin O'Brien

Before his thrillers landed him on the New York Times bestseller list, Kevin O'Brien was a railroad inspector who wrote novels at night. He moved from the train tracks to writing full-time in 1997, when his novel, ONLY SON, was picked up by Readers Digest and optioned for film, thanks to interest from Tom Hanks. Since then, five of his novels have been USA Today and New York Times bestsellers and his books have been published in into fourteen languages. O'Brien's 17th novel, YOU'LL MISS ME WHEN I'M GONE, will be released by Kensington Publishing in August 2016. Born and raised in Chicago, he now lives in Seattle, where he is on the board of Seattle 7 Writers (www.seattle7writers.org), a collective of bestselling, award-winning authors that includes Garth Stein, Maria Semple, Jess Walters, Tim Robbins, Erik Larson, Terry Brooks, Erica Bauermeister, Susan Wiggs, Jennie Shortridge and Elizabeth George. Please visit Kevin online at KevinOBrienBooks.com.
Loading...
or
Not Currently Available for Direct Purchase