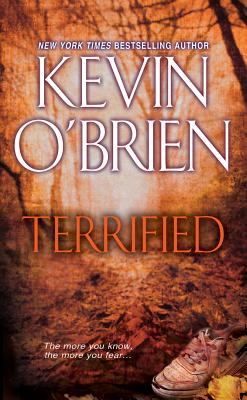 Truth
Megan Keeler died years ago--or so everyone believes. In fact, she disappeared to escape from her sadistic husband, Glenn. When dismembered body parts were found near their home, Glenn was convicted of his wife's murder. And Megan, terrified for her unborn child's safety, never came forward with the truth. . .
Is More Terrifying
Since then, Megan has built a new life in Seattle for herself and her son, Josh. She's never forgotten that she's a fugitive, and Josh knows nothing about her past. But someone does. First, there are anonymous emails and threats, just as she learns that Glenn has been released from prison. Then the unthinkable happens: a masked man breaks into their home and abducts Josh. . .
Than Fiction
To save her son, Megan must put herself at the mercy of a maniac. Is Glenn a cold-blooded killer determined to destroy her world piece by piece, or is the truth even more twisted? Megan thought she knew fear, but her nightmare is only beginning. . .
Praise for the Novels of Kevin O'Brien
"White knuckle action . . .takes readers into the darkest corners of the human mind." --Tess Gerritsen on One Last Scream
"Scary Read this page turner with the lights on " --Lisa Jackson on Watch Them Die

Before his thrillers landed him on the New York Times bestseller list, Kevin O Brien was a railroad inspector who wrote novels at night. He moved from the train tracks to writing full-time in 1997, when his novel, ONLY SON, was picked up by Readers Digest and optioned for film, thanks to interest from Tom Hanks. Since then, five of his novels have been USA Today and New York Times bestsellers and his books have been published in into fourteen languages. O Brien s 17th novel, YOU LL MISS ME WHEN I M GONE, will be released by Kensington Publishing in August 2016. Born and raised in Chicago, he now lives in Seattle, where he is on the board of Seattle 7 Writers (www.seattle7writers.org), a collective of bestselling, award-winning authors that includes Garth Stein, Maria Semple, Jess Walters, Tim Robbins, Erik Larson, Terry Brooks, Erica Bauermeister, Susan Wiggs, Jennie Shortridge and Elizabeth George. Please visit Kevin online at KevinOBrienBooks.com."
Loading...
or
Not Currently Available for Direct Purchase