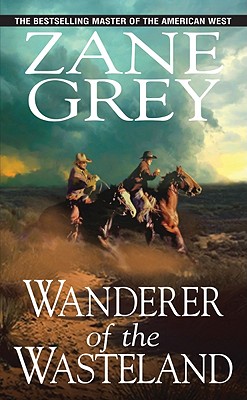 Wanderer of the Wasteland

He Chose The World's Deadliest Land: To Die, Or To Live Again. . .

Adam Laret, big, young and headstrong, ran from Ehrenberg to the banks of the Rio Colorado. He was blindly fleeing his scheming, gambling brother and the woman Guerd stole from him. But Adam's escape wasn't complete until Guerd, in the company of a sheriff, hunted him down. Then Adam committed the ultimate crime. With the mark of Cain upon him--he traveled into the desert to atone for his sins.

In a vast, harsh world of heat and beauty, of stealthy creatures and gnawing starvation, Adam faced death and madmen, Indians and strangers who lived where life was impossible. But nothing he did, no act of courage, righteousness, or violence, washed Adam clean. Until he met a woman and made a choice: to fight his way back to civilization, the most dangerous place of all. . .