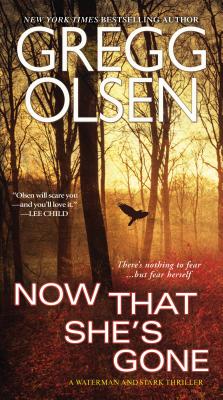 Notorious serial killer Brenda Nevins has cajoled, seduced, blackmailed, and left a trail of bodies all across Washington State. Now, after a daring prison escape, she is free to carry out her ultimate act of revenge. The targets: forensic pathologist Birdy Waterman and sheriff’s detective Kendall Stark. The pawn: a television psychic hungry for fame, ratings, and blood. There’s only one way to stop a killer as brutal, brilliant, and twisted as this: beat her at her own game…

“YOU’LL SLEEP WITH THE LIGHTS ON AFTER READING GREGG OLSEN.”
—Allison Brennan

“READERS WILL GET THE SHOCK OF A LIFETIME.”
—Suspense Magazine

New York Times, USA Today, and Wall St. Journal bestselling author GREGG OLSEN has written over twenty books. He has received numerous awards and much critical acclaim for his fiction and nonfiction. He’s been a guest on Good Morning, America; Dateline; CBS Early Show; Entertainment Tonight; CNN; Fox News; 48 Hours; and other national and international TV programs. The Seattle native and his wife live in rural Washington State, where he’s now at work on his next thriller. Readers are invited to connect with him via Facebook and twitter and to visit his website, www.greggolsen.com.
Loading...
or support indie stores by buying on
(This book is on backorder)