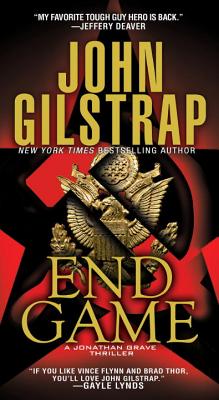 "If you like Vince Flynn and Brad Thor, you'll love John Gilstrap."--Gayle Lynds

"My favorite tough guy hero is back." --Jeffery Deaver

"One of the finest thriller writers on the planet." --Tess Gerritsen

Assassins have eliminated a Chechen scientist who's been working as a double agent for the U.S. government. The feds know who to call: Jonathan Grave and his elite rescue team. Their mission: find the dead man's teenage son, who's on the run--and off the grid--with crucial information that must not fall into the wrong hands. There's one problem: the boy's bodyguard is a security specialist with unusual talents, and she's not giving up without a fight. Only by bringing them both back alive can Grave expose the traitor in the highest levels of power--and prevent an all-out nuclear war.

"When you pick up a Gilstrap novel, one thing is always true--you are going to be entertained at a high rate of speed."--Suspense Magazine