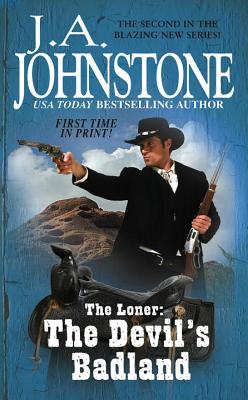 The Devil's Badland (The Loner #2)

The Loner strides sets out for another bloody showdown with the outlaws responsible for his wife's violent and senseless murder--and discovers his true enemy was far closer than he thought.  .  .

After Conrad Browning, known as The Loner, takes down the men who killed his beloved wife, he hightails it to New Mexico to visit her grave. There, he gets the surprise of his life: His ex-fiancée, Pamela Tarleton, backed up by a vicious gang of gunmen. Turns out the beautiful Miss Tarleton has a long memory--and she's never forgiven Conrad for breaking their engagement and marrying another. On top of that, she blames Conrad for her father's death. With a band of kill-crazy outlaws backing Pamela's play, the only way out for The Loner to survive the coming hell storm is by the gun.