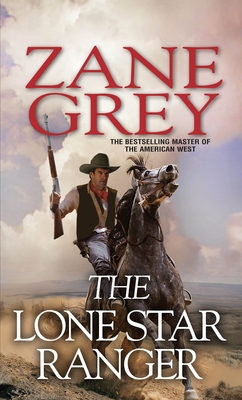 In the law of the gun, a man must shoot his way to innocence. At least that's how Captain McKelly of the Texas Rangers puts it to Buck Duane. On the run for killing a man to save his own skin, Duane must now infiltrate the deadly Chelsedine gang. These ruthless rustlers are running amok in Texas and it's going to take a matchless gunfighter to stop their rampage. With the legendary Rangers providing firepower, Duane has more than a fighting chance. Or so he thinks. When he uncovers a secret that could destroy them all, the bullet storm is biblical--and a legend rises out of the dust.

"In a changing world it is comforting. . .and entertaining to spend a little while in the company of Zane Grey." --New York Times

"Zane Grey epitomized the mythical West that should have been." --True West

"Grey was a champion of the American wilderness and the men and women who tamed the Old West."--Booklist

Zane Grey is noted for his careful research and accurate portrayal of the American West. Grey’s first book was published in 1904, and he went on to write more than 50 novels, most of them tales of adventure with a Western setting, including The Last of the Plainsmen (1908), Riders of the Purple Sage (1912), The Thundering Herd (1925), Code of the West (1934), and West of the Pecos (1937). His nonfiction works includeTales of Fishing (1925). Many of Grey's novels continue to be extremely popular, and several have been adapted into motion pictures.
Loading...
or
Not Currently Available for Direct Purchase