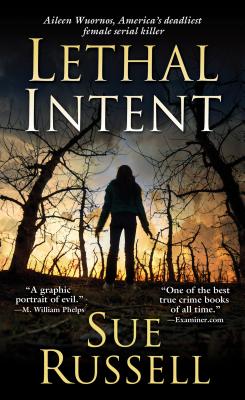 "A graphic portrait of evil." --M. William Phelps
"One of the best true crime books of all time." --Examiner.com
"The book to read about Aileen Wuornos--a case that has fascinated true crime fans from around the world." --"True Crime Book Reviews"
As a child, she was abandoned, abused and raped. By her teens, she was deep into a lifestyle of hitchhiking, petty crime, and the sex trade. In her twisted mind, uncontrollable bouts of violence were pure survival skills.
In 1986 she began a lesbian relationship with Tyria Moore. Three years later, tired of turning tricks, she fired four bullets into one of her clients--then robbed him. She claimed she killed six more victims before authorities finally locked her behind bars.
Award-winning journalist Sue Russell updates her harrowing and definitive real-life thriller with new details of the most famous female serial killer's decade on death row, her execution in 2002--and the lasting impact of her dark deeds.
The case that inspired the Academy Awarding-winning movie Monster
"A riveting and fascinating tale." --Robert Scott
With 16 Pages Of Photos.