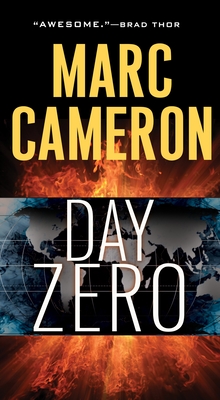 Special agent Jericho Quinn is a wanted man. Suspected of murder and marked for death by a network of conspirators embedded in the White House, Quinn knows he has to get out of the country--fast--before a team of contract killers find him and his daughter. To set things right at home, he'll have to take a nonstop flight from Anchorage, Alaska, to Vladivostok, Russia, aboard a massive Airbus A380. But soon after takeoff, it becomes apparent that Quinn and his daughter picked the wrong plane. First, a passenger is brutally murdered. Then, Quinn is mistaken as a terrorist by an off-duty Air Marshal. As panic spreads through the plane and pressure builds to the screaming point, the unthinkable happens. Someone triggers a bomb.  .  .

Spoiler alert: This plane is in big trouble.

A native of Texas, Marc Cameron has spent over twenty-nine years in law enforcement. His assignments have taken him from rural Alaska to Manhattan, from Canada to Mexico and points in between. A second degree black belt in jujitsu, he often teaches defensive tactics to other law enforcement agencies and civilian groups. Cameron presently lives in Alaska with his wife and his BMW motorcycle.
Loading...
or support indie stores by buying on
(This book is on backorder)