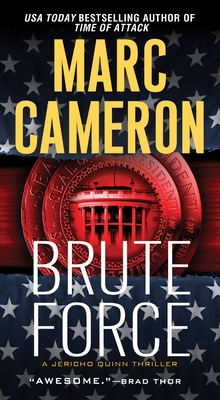 "One of the hottest new authors in the thriller genre." --Brad Thor

The Last Days Of America

In the aftermath of a devastating biological attack, America stands on the brink of disaster. The President of the United States is controlled by terrorists. The Vice President, global mastermind Lee McKeon, is plotting his next move. And special agent Jerico Quinn is running for his life. Desperate to clear his name--and expose the conspirators in the White House--Quinn must race against time before McKeon can execute his evil plan. It begins with heightened security, mass surveillance, and the establishment of a brutal police state. It can only end in the takeover of America. The only thing standing between democracy and destruction is a man named Quinn. . .and one perfectly aimed bullet.

A native of Texas, Marc Cameron has spent over twenty-five years in law enforcement. His assignments have taken him from rural Alaska to Manhattan, from Canada to Mexico and points in between. A second degree black belt in jujitsu, he often teaches defensive tactics to other law enforcement agencies and civilian groups. Cameron presently lives in the Pacific Northwest with his wife and BMW motorcycle.
Loading...
or
Not Currently Available for Direct Purchase