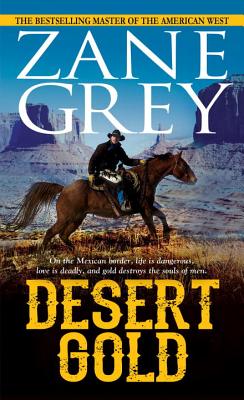 A border town like Casita is no place for a drifter--especially a rich man's son looking for adventure. From the moment Dick Gale steps into this stinking, sun-baked hellhole of gambling and corruption, revolution, and revenge, he gets more than he bargained for. His old friend Thorne is in love with a beautiful señorita who's been targeted by the Mexican rebel Rojas. A bold, sneering devil of a man, feared, envied, and idolized by his people, Rojas spends gold like he spills blood--and collects women like trinkets. Gale knows that defying such a man could be suicide. Defeating him is his only chance to survive--in a brutal one-on-one battle on the parched desert cliffs. . .