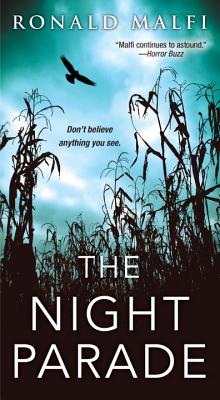 First the birds disappeared.
Then the insects took over.
And the madness began . . .

They call it Wanderer’s Folly—a disease of delusions, of daydreams and nightmares. A plague threatening to wipe out the human race.

After two years of creeping decay, David Arlen woke up one morning thinking that the worst was over. By midnight, he’s bleeding and terrified, his wife is dead, and he’s on the run in a stolen car with his eight-year-old daughter, who may be the key to a cure.

Praise for Ronald Malfi and His Novels

“Slowly but surely creeps under your skin.” —The Horror Bookshelf

“An emotionally compelling and interesting read.”—Booklist

Ronald Malfi is an award-winning author of several horror novels, mysteries, and thrillers. He is the recipient of two Independent Publisher Book Awards, the Beverly Hills Book Award, the Vincent Preis Horror Award, the Benjamin Franklin Award for Popular Fiction, and he is a Bram Stoker Award nominee. Most recognized for his haunting, literary style and memorable characters, Malfi's dark fiction has gained acceptance among readers of all genres. He currently lives in Maryland with his wife, Debra, and their two daughters. Learn more about Ronald and his work at ronmalfi.com.
Loading...
or
Not Currently Available for Direct Purchase