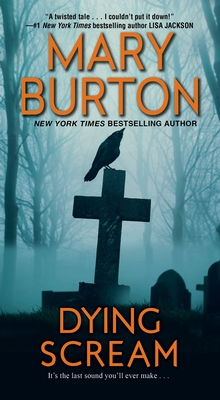 The killing just won’t stop as a ruthless psychopath revisits his greatest obsession—but this time, a Richmond, Virginia, homicide detective is determined to stop him in his bloody tracks . . .

An aspiring artist. A high-school senior. A stripper. Three missing women with only one thing in common—wealthy Craig Thornton knew them all. For that, they paid the ultimate price.

When Craig’s widow, Adrianna, begins to receive cards and flowers from her late husband, she assumes it’s someone’s cruel joke. Then grisly remains are found on the Thornton estate. Detective Gage Hudson believes the bodies are linked to Craig. But the biggest shocks are yet to come. A psychopath has resumed his work, each death a prelude to his most cherished target. The only way to stop him is to uncover a family’s dark past—and a twisted love someone will kill for, again and again…

Praise for the novels of Mary Burton

“Will have readers sleeping with the lights on.”
—Publishers Weekly on Before She Dies (starred review)

“Terrifying . . . this chilling thriller is an engrossing story.”
—Library Journal on Merciless

MARY BURTON lives with her family in Central Virginia. She is an avid hiker and enjoys the occasional triathlon. She can be reached by email at www.maryburton.com.
Loading...
or
Not Currently Available for Direct Purchase