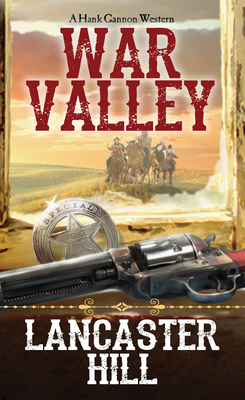 In this powerful new series for fans of William W. Johnstone, Louis L’Amour, B.N. Rundle, and Peter Brandvold, a Confederate veteran heads west to start a new life—and gets caught in the middle of a new kind of war . . .

Hank Gannon grew up on a Florida plantation. He fought alongside his brothers-in-arms in the Civil War. Then he joined the Texas Special Police to help build a more peaceful union—and a future for his beloved Constance. That was the plan. But when a prisoner dies in his custody, Gannon is forced to leave Austin and head into Comanche territory. Alone but undaunted, he meets up with Roving Wolf—who has just slain a former soldier from his unit. Gannon can’t let the killing go unpunished. Even here, in this Godforsaken valley, the law must be upheld . . .

On the one side is a bloodthirsty war party of Indians, heading for the white man’s capital. On the other side is a makeshift army of Texas Special Police and the Texas State Guard, ready to meet the threat head-on. In the middle are Hank Gannon and Roving Wolf, waging their own blood feud. Two men trapped in a war. Fighting to survive their mutual hate. Killing to get out alive . . .

Lancaster Hill is the pseudonym of New York Times bestselling author Jeff Rovin. Rovin has been an assistant editior for DC Comics, and the editor in chief of the Weekly World News, and has authored multiple titles in the Tom Clancy: Op-Center series. This is his first western novel.
Loading...
or
Not Currently Available for Direct Purchase