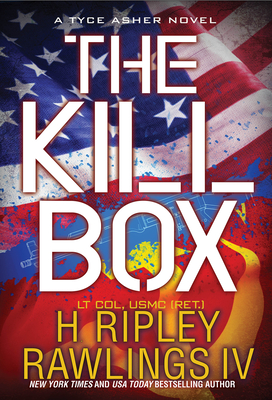 In the rip-roaring tradition of Red Dawn and The Dirty Dozen, this action-packed thriller from Lt. Col. “Rip” Ripley takes all-American patriotism to an explosive new level, as lone wolf patriot and Marine Corp officer Tyce Asher assembles a ragtag team of long-haul truckers and citizen-soldiers to save America from Russian invaders…

THE CITIES HAVE FALLEN.

America is under new management. Russian forces have occupied both coasts. They are taking our weapons, pillaging our resources, and destroying our nation. Those who resist are swiftly punished. Those who revolt are savagely killed...

THE HEARTLAND FIGHTS BACK.

Marine Corps officer Tyce Asher is a lone wolf patriot who will never surrender. He’s assembled a ragtag team of long-haul truckers and citizen soldiers willing to die for their freedoms. Their network has learned that the invaders are planning to seize cargo that will bring America to its knees—and a sadistic Russian has marked Asher for death. There is only one way to stop them: Asher and his team must meet the enemy face-to-face—and enter the Kill Box . . .

RAVES FOR ASSAULT BY FIRE

Lt Col Hunter "Rip" Rawlings, IV (Ret.) is the New York Times bestselling author of the Tyce Asher series and co-author of Red  Metal with Mark Greaney. With over twenty-three years of active duty service as a Marine Corps infantry and Reconnaissance Officer, he completed ten combat and peacekeeping deployments to Afghanistan (OEF), Iraq (OIF), Saudi Arabia, and Northern Africa (OEF), among others. His last assignment was in Quantico Marine Base as the Warfighting Department Head for Marine Corps Command & Staff College. Prior to this appointment, he served as Battalion Commander, 3d Battalion, 5th Marines, the Marine Corps’ storied “Darkhorse” battalion. Rawlings has received numerous awards and decorations for his service and is a recognized expert in Marine Corps infantry weapons, from anti-tank rockets and missiles to heavy machine guns and LAV 25mm gunnery. He is a member of the Military Writers Society of America, International Thriller Writers, The Authors Guild, The Wilfred Owen Association, The Cecil Scott Forester Society, The Philosophical Society of Washington, The Dorothy L Sayers Society and The Naval Order of the United States. He lives near Fairfax, Virginia. Visit him online at RipRawlings.com
Loading...
or
Not Currently Available for Direct Purchase