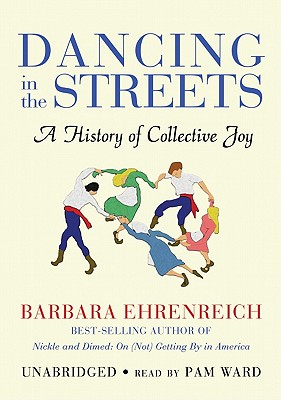 From bestselling social commentator and cultural historian Barbara Ehrenreich comes this fascinating exploration of one of humanity's oldest traditions: the celebration of communal joy, historically expressed in ecstatic revels of feasting, costuming, and dancing. Ehrenreich uncovers the origins of communal celebration in human biology and culture, showing that such mass festivities have been indigenous to the West since the ancient Greeks. Though suppressed by elites who fear the undermining of social hierarchies, outbreaks of group revelry still persist, Ehrenreich shows, pointing to the 1960s rock-and-roll rebellion and the more recent "carnivalization" of sports. Original, exhilarating, and deeply optimistic, Dancing in the Streets shows that we are innately social beings, impelled to share our joy and thereby envision a peaceable future.