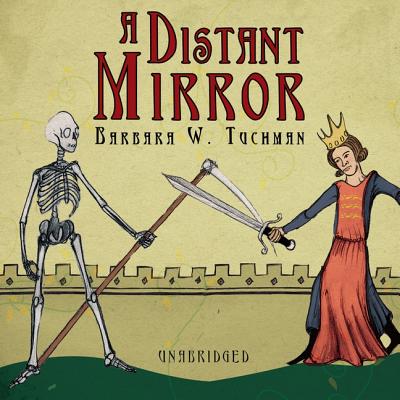 By Barbara W. Tuchman, Nadia May (Read by)

The fourteenth century reflects two contradictory images: on the one hand, a glittering time of crusades and castles, cathedrals and chivalry, and the exquisitely decorated Books of Hours; and on the other, a time of ferocity and spiritual agony, a world of chaos and the plague. Barbara Tuchman reveals both the great rhythms of history and the grain and texture of domestic life as it was lived. Here are the guilty passions, loyalties and treacheries, political assassinations, sea battles and sieges, corruption in high places and a yearning for reform, satire and humor, sorcery and demonology, and lust and sadism on the stage. Here are proud cardinals, beggars, feminists, university scholars, grocers, bankers, mercenaries, mystics, lawyers and tax collectors, and, dominating all, the knight in his valor and "furious follies," a "terrible worm in an iron cocoon.
or
Not Currently Available for Direct Purchase
Copyright © 2020 American Booksellers Association