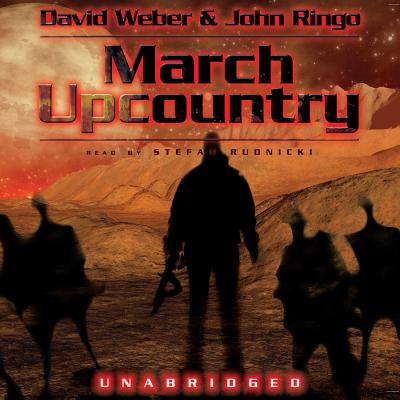 Roger Ramius Sergei Chiang MacClintock was young, handsome, athletic, an excellent dresser, and third in line for the Throne of Man. So it wasn't surprising that he became spoiled, self-centered, and petulant. After all, what else did he have to do with his life? But that was before his mother, the empress, packed him off to a backwater planet and he found himself shipwrecked on the planet Marduk, with jungles full of damnbeasts, killerpillars, carnivorous plants, and barbarian hordes of bad disposition. Fortunately, Roger had an ace in the hole: Bravo Company of Bronze Battalion of the Empress' Own Regiment. Now all Roger has to do is hike halfway around the planet, capture a spaceport from the Bad Guys, commandeer a starship, and go home.