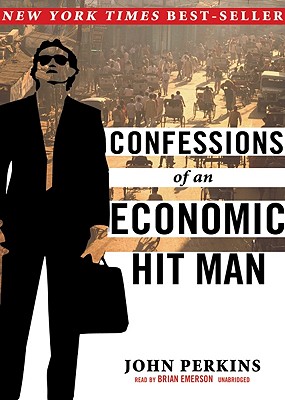 This phenomenal New York Times bestseller is an expos of international corruption and an inspired plan to turn the tide for future generations.

John Perkins was an economic hit man. His job was to convince countries that are strategically important to the United States, from Indonesia to Panama, to accept enormous loans for infrastructure development, and to make sure that the lucrative projects were contracted to US corporations, such as Halliburton and Bechtel. Saddled with huge debts, these countries came under the control of the US government, World Bank, and other US-dominated aid agencies that acted like loan sharks, dictating repayment terms and bullying foreign governments into submission.

Confessions of an Economic Hit Man is the story of one man's extraordinary experiences inside the international intrigue, greed, corruption, and little-known government and corporate activities that America has been involved in since World War II--and which have dire implications for American democracy and world freedom.