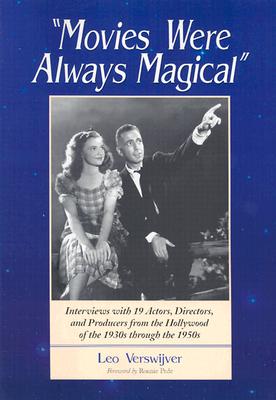 Interviews with 19 Actors, Directors, and Producers from the Hollywood of the 1930s Through the 1950s

This work is a compilation of interviews with 19 film actors, directors, and producers who were all part of the studio system that made Hollywood such a powerful and illustrious city in the era of the 1950s. Each of the celebrities interviewed for this work have made lasting contributions to the film industry, and some of them continue to do so. Pat Boone, Jeff Corey, Kathryn Grayson, Beverly Garland, Samuel Goldwyn, Jr., Jane Greer, Stanley Kramer, Janet Leigh, Joan Leslie, Sheree North, Janis Paige, Luise Rainer, Paula Raymond, John Saxon, Vincent Sherman, Robert Wise, Jane Withers, Jane Wyatt and Fred Zinnemann speak candidly about their work and experiences in Hollywood and share many of their memories. Each interview is followed by a complete filmography for each film that the actor, director, or producer was a part of, giving such information as the U.S. distributor, year of release, director, producer, screenwriter, editor, composer, running time, and cast for each film.

Leo Verswijver is a teacher. He lives in Kapellen, Belgium.
Loading...
or
Not Currently Available for Direct Purchase