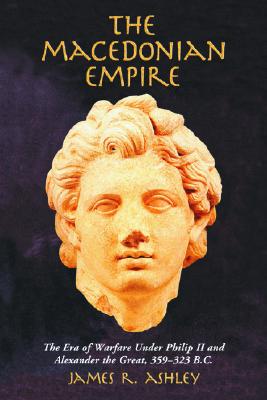 The Macedonian Empire lasted only 36 years, beginning with Philip II's assumption of the throne in 359 B.C. and ending with the death of his son Alexander the Great in 323 B.C. In that span, the two leaders changed the map in the known world. Philip established new tactics that forever ended the highly stylized mode that had characterized Classic Greek warfare, and Alexander's superb leadership made the army an unstoppable force. This work first examines the 11 great armies and three great navies of the era, along with their operations and logistics. The primary focus is then on each campaign and significant battle fought by Philip or Alexander, detailing how the battles were fought, the tactics of the opposing armies, and how the Macedonians were able to triumph.

Writer James R. Ashley worked for 21 years in various aspects of the banking industry. He now writes full-time in Racine, Wisconsin.
Loading...
or
Not Currently Available for Direct Purchase