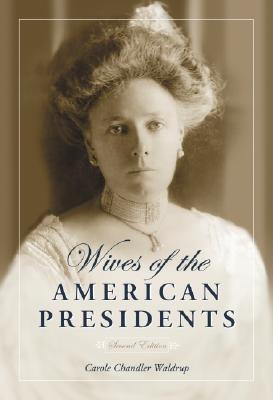 Their personalities often set the tone for Washington society, from Julia Tyler's open hospitality to Sarah Polk's somber religious devotion. Some, like Abigail Adams, had little formal schooling. Others, such as Pat Nixon and Hillary Clinton, earned college degrees. There were those who outlived their spouses as well as women who died before seeing their husbands realize their presidential dreams. In spite of differing circumstances, these presidential wives influenced--sometimes overtly and often inadvertently--everything from domestic political agendas to foreign policy through their relationships with their husbands. From Martha Washington to Laura Bush, this book discusses the lives and circumstances of the 47 women who have been married to an American president. It emphasizes the relationship each wife had with her husband and the ways in which this contributed to the success or failure of his presidency. Details include birthplace, upbringing, political viewpoints and final resting place. Chapters are also included on women such as Hannah Van Buren and Jane Wyman, who although married to men who eventually became president, never became first lady.

The late Carole Chandler Waldrup was a retired social worker in Hickory, North Carolina.
Loading...
or
Not Currently Available for Direct Purchase