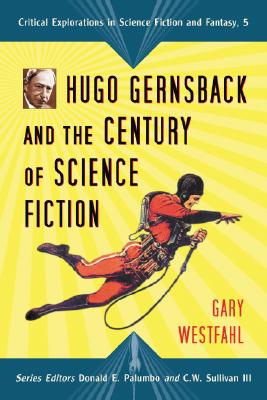 An examination of science fiction editor and author Hugo Gernsback's career, this critical study explores the many ways in which his work influenced the genre. It summarizes the science fiction theories of Gernsback and his successors, considers his efforts to define science fiction both verbally and visually, and for the first time offers detailed studies of his rarest periodicals, including Technocracy Review, Superworld Comics, and Science-Fiction Plus. An analysis of his ground-breaking novel, Ralph 124C 41+: A Romance of the Year 2660, and its influences on a variety of science fiction novels, films and television programs is also offered.

Gary Westfahl, a professor emeritus at the University of La Verne, California, has authored, edited, or co-edited 27 books about science fiction and fantasy, and hundreds of articles and reviews. In 2003, he received the Science Fiction Research Association's Pilgrim Award for his lifetime contributions to science fiction and fantasy scholarship.
Loading...
or
Not Currently Available for Direct Purchase