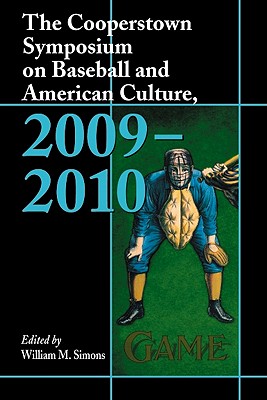 The Cooperstown Symposium on Baseball and American Culture, 2009-2010

The Cooperstown Symposium on Baseball and American Culture, 2009-2010 is an anthology of scholarly essays that utilize the national game to examine topics whose import extends beyond the ballpark and constitute a significant academic contribution to baseball literature. The essays represent sixteen of the leading presentations from the two most recent proceedings of the annual Cooperstown Symposium on Baseball and American Culture, held, respectively, on June 3-5, 2009, and June 2-4, 2010. The anthology is divided into five parts: Baseball as Culture: Dance, Literature, National Character, and Myth; Constructing Baseball Heroes; Blacks in Baseball: From Segregation to Conflicted Integration; The Enterprise of Baseball: Economics and Entrepreneurs; and Genesis and Legacy of Baseball Scholarship, which features an essay written by the co-creator of baseball scholarship, Dorothy Seymour Mills.