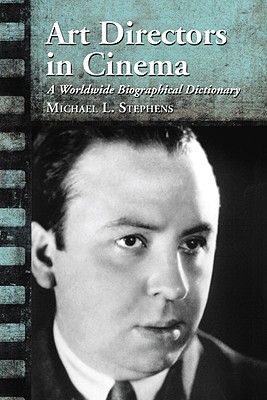 Often forgotten among the actors, directors, producers and others associated with filmmaking, art directors are responsible for making movies visually appealing to audiences. As such they sometimes make the difference between a hit and a bomb. This biographical dictionary includes not only the world's great and almost-great artists, but the unjustly neglected film designers of the past and present. Among the more than 300 art directors and designers are pioneers from silent films, designers from Hollywood and Europe's Golden Ages, Asian figures, post-Golden Age personalities, leaders of the European and American New Waves, and many contemporary designers. Each entry consists of biographical information, an analysis of the director's career and important films, and an extensive filmography including mentions of Academy Award nominations and winners.

Film historian Michael L. Stephens lives in Savannah, Georgia. He is also the author of Film Noir (2006) and Gangster Films (1996).
Loading...
or
Not Currently Available for Direct Purchase