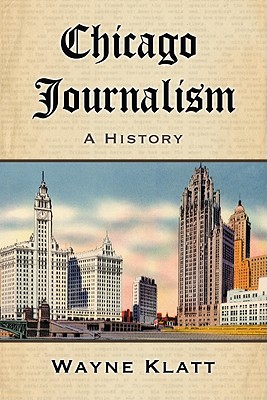 This history of Chicago journalism is framed against the larger landscape of American media and the ways in which technology and mergers have altered news gathering and presenting. The book demonstrates how daily operations at the newspapers and broadcast stations have changed with the times. Audience tastes and interests ran a parallel course with technology, a sharp decline in print readership, competition in television news, and the explosion of the Internet.

Wayne Klatt's first glimpses of a newsroom came when the Chicago Tribune printed four of his essays while he was in high school. After college he worked as a reporter, writer and editor for the City News Bureau, (later, City News Service). He has won the Paul Harvey Award for a radio script, co-wrote the true-crime books Freed to Kill and I Am Cain, and has contributed to many magazines.
Loading...
or support indie stores by buying on