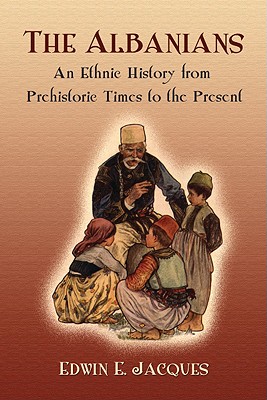 An Ethnic History from Prehistoric Times to the Present

Historically described as mysterious and xenophobic, Albania and its people are little known to most westerners. But they are near the center of age-old explosive Balkan conflicts. With the employment of Albanian, French, Italian and many other documentary sources, the roots of Albanian civilization, the struggle of the Albanians to maintain their cultural and linguistic integrity, the impact of foreign influence on the country, and its recent move toward democracy are all detailed here.

The late Edwin E. Jacques was a teacher in Korcha from 1932 to 1940 and visited Albania on several occasions.
Loading...
or
Not Currently Available for Direct Purchase