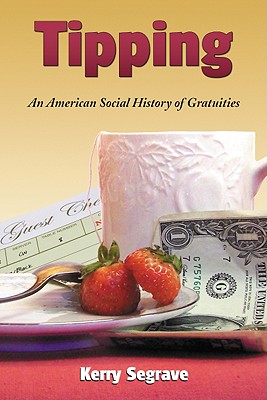 An American Social History of Gratuities

Though the history of tipping can be traced to the Middle Ages, the practice did not become widespread until the late 19th century. Initially, Americans reviled the custom, branding it un-American and undemocratic. The opposition gradually faded and tipping became an American institution. From its beginnings in Europe to its development as a quintessentially American trait, this work provides a social history of tipping customs and how the United States became a nation of tippers.

Cultural historian Kerry Segrave is the author of dozens of books on such diverse topics as drive-in theaters, ticket-scalping, lie detectors, jukeboxes, smoking and shoplifting. He lives in British Columbia.
Loading...
or
Not Currently Available for Direct Purchase