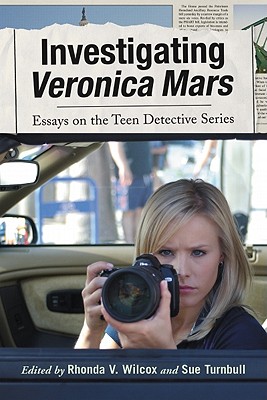 Essays on the Teen Detective Series

During the course of its three seasons, Veronica Mars captured the attention of fans and academics alike. The 12 scholarly essays in this collection examine the show's most compelling elements. Topics covered include vintage television, the search for the mother, fatherhood, the show's connection to classical Greek paradigms, the anti-hero's journey, rape narrative and meaning, and television fandom. Collectively, these essays reveal how a teen television show--equal parts noir, romance, social realism and father-daughter drama--became a worthy subject for scholarly study.

Rhonda V. Wilcox is a professor emeritus at Gordon State College in Georgia. For ten years she was the editor of Studies in Popular Culture. She is cofounder and editor of Slayage and is the author of previous books on Buffy the Vampire Slayer and other series. She lives in Decatur, Georgia. Sue Turnbull is the chair of Communication and Media Studies at the University of Wollongong in Australia. She has published broadly in the fields of media education, audience studies and television, with particular attention to the representation of crime in popular culture.
Loading...
or
Not Currently Available for Direct Purchase