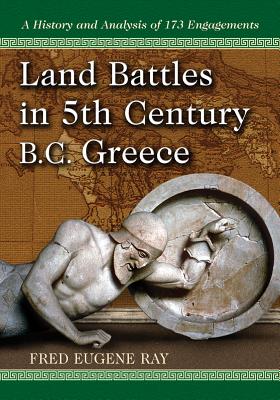 A History and Analysis of 173 Engagements

In the 5th century B.C., Greece was a patchwork country of small, independent city-states whose tendency to fight each other was offset only by strong ties to common cultural elements such as language and a unique style of warfare. While surviving myths emphasize heroics and honor, the reality of ancient Greek warfare was that of regular men dealing with everyday problems. Relying heavily on primary sources such as Herodotus, Thucydides and Plutarch, this volume provides the first-ever tactical level survey of all 173 Greek land engagements which occurred during the 5th century B.C., a seminal period in the history of western warfare. Using carefully researched logical probabilities to extend surviving records, the author places each battle within its historical context and analyzes it with a view to documenting significant overall patterns of action. The result is not only a detailed study of each battle complete with maps and battlefield diagrams, but also an overview of general trends in 5th century Greek warfare.

Fred Eugene Ray, Jr., is the author of numerous books and articles on the subject of ancient Greek warfare. A retired geologist and oil industry executive, he lives in Bakersfield, California.
or
Not Currently Available for Direct Purchase
Copyright © 2020 American Booksellers Association