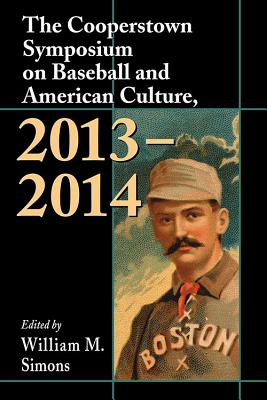 The Cooperstown Symposium on Baseball and American Culture, 2013-2014

Generally acknowledged as the preeminent gathering of baseball scholars, the annual Cooperstown Symposium on Baseball and American Culture has made significant contributions to baseball research and pedagogy. This collection of 17 new essays is selected from the approximately 100 presentations of the 2013 and the 2014 symposia, covering topics whose importance extends beyond the ballpark. Presented in six themed parts, the essays consider the congruence of culture and baseball, the importance of ballpark itself, the myths, legends and icons of the baseball imagination, international and ethnic game variations, the work of baseball museum curators and a context for the game's rules of play and labor.