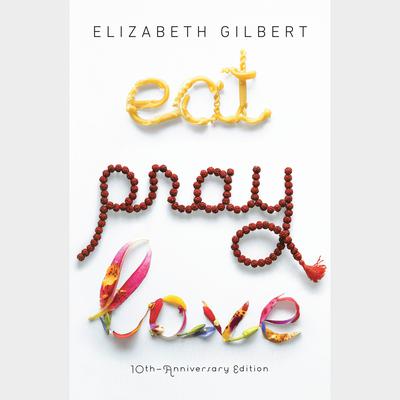 A transformational journey through Italy, India, and Bali searching for pleasure and devotion—the massive bestseller from the author of The Signature of All Things

This beautifully written, heartfelt memoir touched a nerve among both readers and reviewers. Elizabeth Gilbert tells how she made the difficult choice to leave behind all the trappings of modern American success (marriage, house in the country, career) and find, instead, what she truly wanted from life. Setting out for a year to study three different aspects of her nature amid three different cultures, Gilbert explored the art of pleasure in Italy and the art of devotion in India, and then a balance between the two on the Indonesian island of Bali. By turns rapturous and rueful, this wise and funny author (whom Booklist calls “Anne Lamott’s hip, yoga- practicing, footloose younger sister”) is poised to garner yet more adoring fans.

Elizabeth Gilbert began her writing journey with two acclaimed works of fiction: the short story collection Pilgrims, a finalist for the PEN/Hemingway Award, and the novel Stern Men, a New York Times Notable Book. These were followed by three works of nonfiction: The Last American Man, which was a finalist for the National Book Award and the National Book Critics Circle Award, and two memoirs, Eat, Pray, Love and Committed, both of which were number one New York Times bestsellers. Gilbert’s work has been published in more than thirty languages. In 2008, Time magazine named her one of the 100 most influential people in the world. She lives in Frenchtown, New Jersey.  Her Web site is www.elizabethgilbert.com.