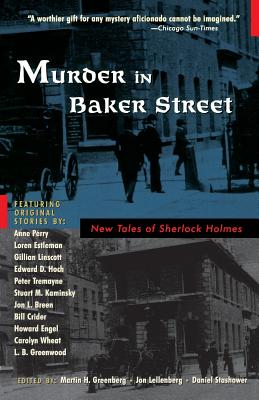 The game's afoot! Read all-new Sherlock Holmes stories and speculative essays, praised as "of the highest order and should be required for every Sherlockian shelf" (Rocky Mountain News).

Includes new tales by: And brilliantly insightful essays including:

Martin H. Greenberg, one of crime fiction's most awarded editors and anthologists, coedited The New Adventures of Sherlock Holmes with Jon Lellenberg, the executor of the estate of the late Dame Jean Conan Doyle.

Daniel Stashower is the author of the Edgar Award-winning biography Teller of Tales: The Life of Arthur Conan Doyle.