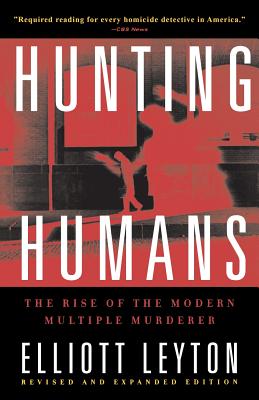 The Rise of the Modern Multiple Murderer

In this new edition of his landmark 1986 study, pioneering anthropologist Elliott Leyton examines the psyche and motivations of his six original multiple-murderer subjects and now takes stock of how far we've come since then in our understanding of why people commit gruesome assaults on innocent strangers. This case-study approach -- based on years of immersion in the killers' diaries, confessions, psychiatric interviews, statements to the press, videotapes, and photographs -- led the way in defining serial and mass murders not as the acts of alien creatures with deranged minds but rather as personalized protests by alienated men against the society that they believe has excluded them. Leyton also provides an analysis of the Washington, D.C. sniper case. While uncovering the central themes of modern culture that motivated their deeds, Leyton provides vivid and chilling portraits of Edmund Kemper, Ted Bundy, Albert DeSalvo, and David Berkowitz, serial murderers whose prolonged killing campaigns provided them revenge against the world and celebrity careers; and other mass murderers whose brief but horrific murder sprees constituted their own enigmatic suicide notes. The author shows that the motives of multiple murderers are not simply sexual or psychotic; but rise from the very core of American mass culture.

Elliott Leyton is a professor of anthropology at Memorial University in St. Johns, Newfoundland. He has delivered lectures throughout the world, and is a past president of the Canadian Sociology and Anthropology Association. Because of his recognized expertise in the psychology of the multiple killer, he has established close links with police forces world-wide.
Loading...
or support indie stores by buying on